It’s event season in the city! With the 8 million (slight
exaggeration) parties going on in Toronto, sometimes we get tired and forget
that there is a life outside of the glitz and glamour. But before we begin this
post, we’re going to give a huge shout out to Uber Toronto for offering free
taxis last week that made hustling around to all these events that much easier.

On Thursday, September 27, Toronto’s party go-ers, movers, shakers and the who’s who put on their philanthropic boots for the third annual
artbound at Maison Mercer. In support of Free the Children, artbound is a volunteer
initiative that partners “with artists
and those passionate about the arts to raise funds to build sustainable
infrastructure in developing countries.” The goal is to empower the children
in these regions to break the cycle of poverty; a task much more
easily said than done. 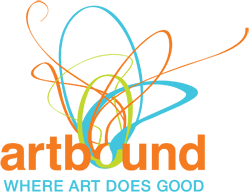 Co-hosted by CP24 host, Melissa Grelo and MTV’s
Aliya-Jasmine, nearly 800 people packed themselves into the downtown
nightclub to show their support and make a difference. Artbound has many components of helping but
raising awareness always tends to be the most fun. The artbound committee presented
Craig Kielburger, co-founder of Free the Children, with a generous donation before they dove into their tailspin of We Day awesomeness!

Apart from the big heart, artbound throws one HECK of a
part-ay. Some highlights of the night include the theme: how do you go wrong
with Footloose? And not the pretty modern version of Julianne Hough’s sexiness.
No. The 1984, high-waisted denim, blue eye shadow, “Dance your ass off!”
version. There was enough plaid to rival a Luke Bryan concert.

Ya, you’re welcome.
Image source.
The crowd rocked out to electronic sizzling violinist Dr. Draw and snacked on apps from SPiN Toronto and Kernels. After hours of dancing (and comparing denim shorts) the committee surprised the crowd with a late night flash mob. And now as it bows its head to its third pARTy, artbound is becoming a resident fixture in city’s good-hearted fun!

It’s fairly clear that all we need to have a good time is some awesome music, a fun theme (80s usually warrants the best get-ups) and even better company. Congrats artbound on yet another amazing and incredibly successful night. Visit artbound.ca for more information or to find out how you can get involved.