Mary Kitchen delivers the latest entertainment stories making headlines in Toronto, Hollywood and beyond, as the entertainment anchor on CityNews on Citytv and CityNews Channel.

Mary’s knowledge of all things fashion, music, television, film and the arts keeps viewers on the pulse of Toronto’s vibrant entertainment scene night after night. From red carpets and breaking entertainment news, to exclusive interviews with national and international celebrities, Mary anchors the Entertainment City segment on CityNews at 5, 6 and 11 p.m. on Citytv and CityNews Channel. She is also a regular contributor to Breakfast Television, keeping viewers informed on updates from Canada’s Got Talent, and is the voice of digital reality series Canada’s Best Beauty Talent.

Previously she was a reporter for Fashion Television Channel and travelled around the globe interviewing celebrities such as Oprah Winfrey, Rihanna and Natalie Portman. As host of Red Carpet Diary at the Toronto International Film Festival, she has interviewed A-list celebrities, including Brad Pitt, Angelina Jolie, George Clooney, Clint Eastwood and Woody Allen. 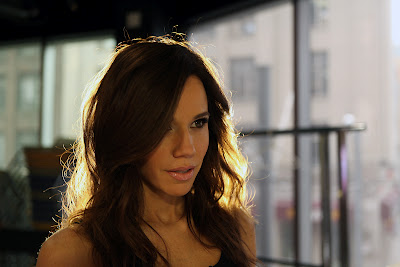 Twitter: @MaryKitchen, @CityNews
Website: CityNews.ca
Did you always
want to be in the media? If not, what other careers were on the horizon?
No, I never knew this was really a job I
could have. I got into the business in a roundabout way, starting as an actor.
Where would you like to be five years from now?
Working with happy people and telling
good stories.
Any advice for people getting started in your
industry?
I think it has to be a part of who you
are, it’s not something you can force. It has to be in your nature. I think you
either have an innate appetite for this stuff or you don’t. And you must be
prepared to sleep very little!
What are your favourite media outlets, not including
your own?
Style.com, the Globe and Mail, New York
Times and Interview Magazine.
Best interview you’ve ever had?
Not sure of my best interview, but there
are best moments. Woody Allen is fascinating, Emily Blunt and Mark Ruffalo are
two of my favourites because they’re always so generous. I was in awe of Tilda
Swinton. I had the biggest CAN Lit crush on Margaret Atwood. Sometimes you’re
disappointed though, so I’m happy that there are a few of my favourites that
remain a mystery. I’d never want to interview James Gandolfini and feel let
down.
Worst?
Not sure if it’s the worst, but it was the most
disappointing: Julian Schnabel. I was so looking forward to speaking with him,
as I’m a huge fan of his work. It was on a red carpet. He walked up to me and
asked if I saw the movie and I said no (as there was no press screening) and he
gave me a really hard time about it. The clip played on 98.1 CHFI, and for
years people asked me why he was such a jerk.
Best advice you’ve ever been given?
Kurt Russell told me that “the
business picks you,” meaning to not worry what I was supposed to do in this
business. I guess he meant that if you fit in, if it’s meant to be, you’ll find
your way. My aunt Heather also told me the hardest thing in life is to be
yourself, so strive for it.
What rule(s) do you live your life by?
See answer above… and, I really think it’s
important to not take yourself too seriously, and to laugh a lot. Try to be as
healthy as you can, and to find the magic in life.
What’s the most important tip you can give PR pros?
People in media are on such tight
deadlines: we don’t have any time, so do the work. Write the story, or set up
the shoot theoretically and approach journalists with a creative ideas. Give
journalists a package and make it easy. In the end, we both want to get great
stories out there.
Best experience you’ve had with a PR pro? We love to
hear about #wins.
George Clooney’s publicist – he was just
such a nice guy. He’s calm and knows his stuff. He treats people with respect
and gets the job done, and does it all in a very elegant manner. Same with all
of the great studio publicists, the best are always great to talk with.
I hate?
I don’t like uptight people, or people
who take themselves too seriously. I don’t like nastiness or bad-spirited
media.
I love?
Movies (drive-in movies, in particular),
surfing, animals, Jay-Z, art, laughter and telling good stories. Organized
publicists are great at helping with that.
Reading?
Reading for work right now, just
finished The Hunger Games and Fifty Shades of Grey (like
everyone else).
Best place on earth?
Family cottage, and anywhere I can go
surfing.
Dinner guest?
I would love to have Judy Garland or
Lady Di for dinner (I think Diana would have been a great interview).
Hero?
My mom and sister.
Favourite app (or whatever you are downloading these
days)?
Just downloaded the new Santigold album
and Girls. Also addicted to Game of Thrones, New Girl and American Horror Story. No favourite app.
Pool or ocean?
OCEAN!!!!
Voicemail or email?
Voicemail.

Gloria Martin is the Entertainment Editor for 680 News, Toronto’s number one all-news radio station, as well as its affiliates across the country including News 1130 Vancouver, 570 News Kitchener and News 95.7 Halifax. Gloria’s day ranges from talking to movie stars and fascinating personalities to helping out her favourite community groups like Big Brothers Big Sisters Toronto and The Famous People Players. 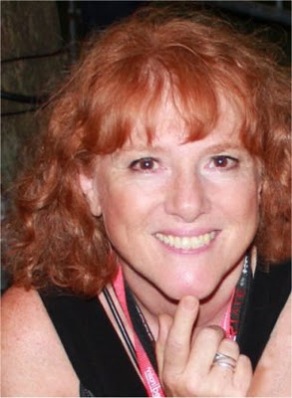 I love music so, while unemployed as an actress for a spell, I took a job as a disc jockey at a local club. I became one of the first female DJs in Toronto and the first to play “black” music from soul to reggae to rap when I jumped to radio as a late night DJ at CHIC in Brampton. I have been in radio ever since (CBC, CFGM, CFTR, 680 NEWS).

I have always had a passion for promoting our own incredible Canadian talent and have done that on every station where I have been employed.

Where would you like to be five years from now?
I would like to be writing and producing more extensive articles about interesting people everywhere as well as Canadian stories.


Any advice for people getting started in your industry?

Writing is king. Hone your writing skills. Be yourself. Get to know and love yourself. Know what your strengths are and present the real “you” in interviews. Honesty and self assurance will get you far.
Best interview you’ve ever had?
I loved talking to Sir Anthony Hopkins. He loves life and people and acting and has no time for Hollywood types. The same with Michael Caine. He has incredible stories about amazing people he has known. More recently Daniel Radcliffe impressed me. He’s so together at 22! He laughs at his fame and knows who he really is as a person. I love the Brits.


Best advice you’ve ever been given?
“Love yourself.” My mother told me that over and over. It’s important for young people to understand that means having confidence but NOT feeling entitled.

What rule(s) do you live your life by?
Work hard at what you love. It’s a privilege. Live every minute of every day to the fullest. Smile. Have respect for others. Help those in need as often as you can.


What’s the most important tip you can give PR pros?
Don’t be a pest. If I say no, understand it’s impossible for me to help you at the moment.
Present your information concisely and clearly. Target me if you know it’s something suitable. Don’t just put me on a list that sends out everything you’re working on.


I hate?
Kim Kardashian. She’s nothing. And I really hate phony advice experts who pretend to dish out advice to movie stars and celebrities and tell them what to do with their lives. Ick!


Dinner guest?
Canadian actors Carlo Rota (24, Little Mosque on the Prairie) and Colin Mochrie (Whose Line Is It Anyway) because I know they both love to cook and have an incredible sense of humour. We would have a hard time trying to eat between the laughs!


Favourite app (or whatever you are downloading these days)?
I always download anything by Trombone Shorty or Esperanza Spalding and Toronto’s Bill King. I just downloaded his new album, Five Aces.