One thing most PRs have in common is a love of the written word. We’re voracious readers and suckers for a smart, engaging story. We’re also speed-readers (you’d be too, if you had to scan four major dailies and two commuters each morning for client mentions, plus blogs and websites galore). For that reason, we’ve chosen our top five novels to curl up with and devour this winter. We promise you won’t be able to put them down. 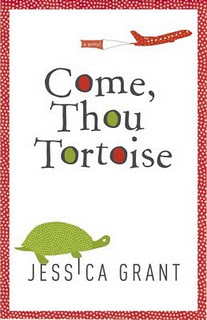 1) Come, Thou Tortoise
The first novel from writer Jessica Grant, Come, Thou Tortoise is a story about family, loyalty, love and courage. Set in Oregon City, Oregon, St. John’s, Newfoundland and everywhere in-between, the novel jumps locations and narrators – from the perspective of Audrey (the protagonist) to her pet tortoise, Winnifred. Full of word play and perfectly engaging, it’s no small wonder this novel won critical acclaim for Grant.
If you like this, read: The Curious Incident of the Dog in the Night-Time, Mark Haddon. 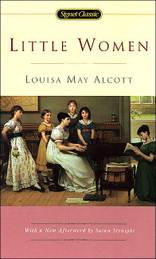 2) Little Women
As far as classic novels go, Little Women is at the top of our list. It’s a story that’s been around since our childhood and never gets old. We felt proud of Jo for refusing to conform, happy when Meg figures out gold-digging isn’t pretty, furious with Amy for hooking up with Laurie, and devastated about Beth. Reading Little Women is like visiting with friends.
If you like this, read: Pride and Prejudice, Jane Austen. 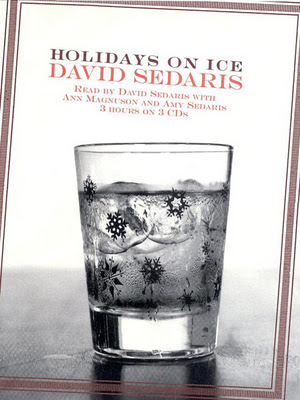 3) Holidays On Ice
Short stories are like a great sandwich – quick and delicious. David Sedaris’ collection of holiday-themed stories are perfect. Nobody’s family is as dysfunctional as Sedaris’. A perfect precursor read in anticipation of those epic holiday blow-ups.
If you like this, read: I Drink for a Reason, David Cross.

4) The Hunger Games Trilogy
This ‘book’ is actually a trilogy but we promise you’ll read all three novels back-to-back, because the suspense is just too much! The captivating series by Suzanne Collins follows heroine Katniss as she fights for her District in The Hunger Games: a kill-or-be-killed challenge for survival. Twilight, who?
If you like this, read: The Long Walk, Richard Bachman (Steven King’s pseudonym). 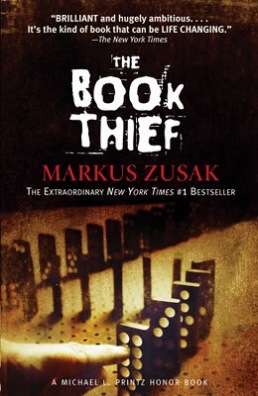 5)   The Book Thief
If you’ve read this novel by Markus Zusak, you already know how incredible it is. With Death as the narrator and set in Nazi Germany, you’d think this book would be nothing but a downer, when it’s really quite the opposite. Your heart will stop, and you’ll cry, but you will also be filled with love for humanity and left in awe of the courageous heroine, Liesel. Put this book on your must-read list, we’re not kidding.
If you like this, read: Sarah’s Key, Tatiana de Rosnay.