Last week the TIFF Bell Lightbox rolled out the red carpet for the opening of Grace Kelly: From Movie Star to Princess. We were lucky enough to snag an invite to this black-tie cocktail soiree and be among the first to view the collection of memorabilia from the iconic princess.

Image source.
We love our princesses, and the chance to be (pretty much) mingling with royalty while enjoying cocktails and canapés is not something we could miss.  Royal newlyweds, Prince Albert II of Monaco and his wife Princess Charlene were also in attendance to say a few words and celebrate the opening.

Once inside the exhibit, we were instantly drawn to the couture, and of course, the jewels (see 144 diamond tiara below). It may have felt a little like reading someone’s diary, but we enjoyed looking through the handwritten correspondence from family and friends like Alfred Hitchcock and Bing Crosby.

Image source.
We had to check out the special room designated to Kelly’s famed wedding gown, which served as inspiration for Kate Middleton’s wedding dress last spring. Designed by film costumer Helen Rose, it took six weeks and three dozen seamstresses to create the dress she wore down the aisle in 1956.

Among one of the most photographed women of the 20th century, the style icon’s timeless glamour and sophistication continue to be an inspiration to designers today. Her classic style and elegance were evident from the stunning gowns and accessories, and we may have gotten a few style tips ourselves.

Image source.
We definitely recommend checking out the exhibit – what better way to spend an afternoon than watching a classic film and checking out a style icon’s wardrobe?  Right now you can purchase a pass that includes both for $22. The exhibition is currently open at the TIFF Bell Lightbox and runs until Sunday, January 22.

Linda Luong is the Editor-in-Chief of Where Toronto, Where Muskoka and Essential Toronto magazines, where she started seven years ago as an assistant editor. Prior to that, she worked at a children’s publication with Metroland and at Canoe.ca as a reporter. She is an avid pinner on Pinterest, Etsy shopper (her latest purchase was a Queen of a Quite a Lot print), magazine junkie, pink enthusiast, and has never come across a lemon dessert she could resist.

What was your favourite class in high school? Why?
Biology. I took it all the way through high school just so I could do dissection at the end of the year. Plus it made me feel smart talking about osmosis, cell division and homeostasis.

How did you get your start as an editor?
At Canoe.ca as a reporter during 9/11. It was the best on-the-job experience working in a busy newsroom, juggling multiple stories, deadlines, trying to stay on top of every new development.

If you weren’t a Media, Darling, what would you be doing right now?
A baker. I am always baking something in my spare time – I’ve perfected peanut butter cupcakes recently, and my coconut cream cake and double chocolate brownies are often requested by my family and friends for gatherings.

Pitching or follow up: Phone or email?
Email. It lets me digest the information in my own time and percolate potential tie-ins to upcoming editorial content. And if it’s a product pitch, please provide pictures – it helps to have a visual to go along with the message, especially if you’re going to reference a particular physical element.

We know irrelevant pitches, calling you the wrong name and eight follow-ups are
no-no’s; what else should publicists avoid doing?
Really understand a publication and its mandate and audience before pitching something. I get a lot of pitches for products and services that are great, but as our publications are for visitors, some things will just not apply to our readers.

Respect deadlines. If you promise to send information, images or samples for a photoshoot by a certain date, then please do. There’s nothing worse or more annoying than having to scramble to find something else to include in an issue at the last minute because something you were expecting didn’t come in on time.

Be realistic in your pitches – don’t over promise. Please don’t promise me an interview with somebody if you haven’t spoken to their people yet and gotten the go-ahead, or please don’t tell me that a product will be in stores by my publication date just to get it in, if it won’t be in stores until a few weeks after that.

Film?
Officially, I say Scent of a Woman. Privately, I confess that it’s Talladega Nights: The Ballad of Ricky Bobby.

First job?
Selling shoes at Naturalizer. I had never seen so much support hose in my life before that job.

My grandma. She raised six kids on her own after being widowed at a young age, and at 85, she can still touch her toes with ease!
Edward Keenan is a Toronto writer who works as a senior editor of Eye Weekly (shortly to become The Grid), where he writes a weekly column about politics. He is also a contributing editor at Spacing magazine and a contributor to Yonge Street. He also contributed essays to two books in the Toronto Book Award-nominated uTOpia series from Coach House books.
Although he often writes about municipal politics, Keenan’s interests as a writer have been widespread: he has written frequently about the arts, sports, sex and sexuality, and business, and for a time he wrote a blog about manliness for The Walrus. A four-time National Magazine Award nominee, Keenan is a lifelong Toronto resident who has lived in Riverdale, Scarborough, The Annex, Harbord Village, Greektown and Bloorcourt Village. He has now settled down in The Junction, where he lives with his wife Rebecca and their two children. 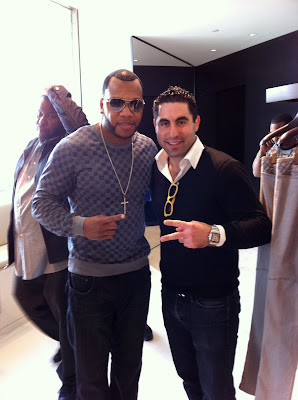 What do you do?
Indirectly, I freshen peoples breath! Well, actually I am the Founder and President of PUR Gum. We make the #1 selling aspartame-free gum in Canada, and now are starting to KICK ASPARTAME in the US Market.
How long have you worked with rock-it promotions?
I have worked with rock-it for two months so far, and I have a feeling it is just a start of long term relationship. Based on the results, I feel like we have been working together for years. Not only is the whole team at rock-it beautiful, they also have created a great buzz for PUR.
What do you love most about your job?
I love that we have created a product that benefits consumers looking to eliminate aspartame from their diets. I love that we are gluten and nut-free, so people with allergies can enjoy chewing gum, and lastly, I love that at any given time, there are tens of thousands of packs of PUR Gum in people’s purses, cars, and jackets.
What do you like the least about your profession/industry?
I wish we could be in more places at once. We see such great results in the markets we introduce PUR Gum to, we just want to be everywhere instantly. I need to get a conference call with Doc, from Back to the Future, and Willy Wonka, to see if they can combine the Time Machine with the Wonkavator. I think that would help us out.

What’s your next big goal?
We are about to launch our fourth flavour, which is called EXCITEMINT. But our next corporate goal is to open our 5000th account. We are on our way!
Why is PR important to you (and what you do professionally)?
PR is important to us because we get an unfiltered and unbiased response from the journalist. I think consumers like this as opposed to advertising.
A little more from the fourth floor:
Website: www.today.com
Designer: Culturata.
Store: Anywhere that sells running shoes.
Book: Harry Potter series.
Snack:  Celery and Granny Smith Apples with a slight red blemish on them.
Season: Golf Season.
Sexy: Profits.
Inspiration: My Mom.
Drink: Grey Goose on the rocks with a lime.
Motto in two words: BLE – BEST LIFE EVER.
Idea of perfect happiness: Sharing what you have with the people you love.
Indulgence: Running Shoes.
Greatest achievement: I’m still working on it!