We have raved about dessert before dinner, ranted about TTC etiquette, brought you the latest in cool designer collaborations and taught you how to bake apple pocket pies. We are celebrating our 100th blog post, but we can’t take all the credit. Our most popular posts have been from our friends in the media, with our popular Media, Darling feature.
Media, Darling offers loads of helpful advice to PR professionals from seasoned media experts. If you want to know how to send the perfect pitch or how to avoid the biggest mistakes in PR, check in every Thursday for this must-read blog section.
As we pass our 100th post, we are looking back some of our most popular entries. Here we bring you the best in PR guidance from a few of our most popular Media, Darlings.
On the Fourth Floor: How can someone grab your attention with a pitch?

Anita Clarke: First off, pitches that get my attention are, most importantly, relevant to my blog. They are well-crafted and not verbose. All the information I need is usually included in the pitch.
I love PR companies that use flickr or other storage methods to provide me with all relevant images and press releases, without having to write a reply email. I also love pitches that provide me just the facts and no opinion. I’ve received many pitches where the writer proclaims that I’ll just love the product. That usually makes me more skeptical, as I like to come to these decisions myself. 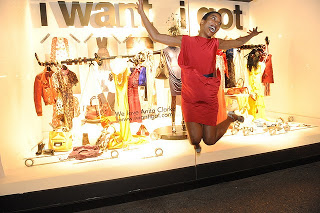 On the Fourth Floor: What do you find most useful when dealing with public relations professionals?
Kate Carraway: I’ve had success just by contacting the PR’s that handle stuff and people I already care about. It’s also helpful having a personal column with my face on it, because even if the PR doesn’t know that I might care about their client, they might know who I am if they (and they should!) read all the local publications. 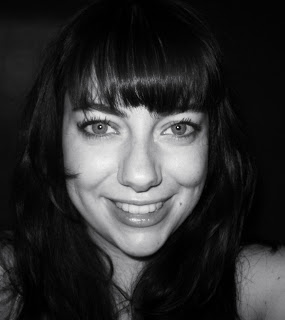 On the Fourth Floor: What do you find most useful when dealing with public relations professionals?
Rebecca Zamon: Personality. I know that sounds like an obvious thing in such a people-oriented industry, but if I answer the phone and hear a monotone “Are you the right person to speak to about XYZ?”, it loses my interest right off the bat. Make an effort to be friendly – in general, we’re talking about fun topics, like fashion and food, so it should be easy.

Also, to that end, meeting in person. Whether that means making sure to introduce yourself at a launch, setting up a lunch date to pick my brain about a variety of clients or even just dropping off a press release in person and insisting I come down to get it, that puts a face to the name, and hopefully, creates a camaraderie as well.

There are also some PR folks who I’ve known for years that I can always rely on in a pinch, whether that means a last-minute suggestion for a product, easy access to photos or pointing me in the right direction (even to the competition!) for experts. That’s not something that develops overnight, but if you can build that kind of trust with an editor, it goes a long way. 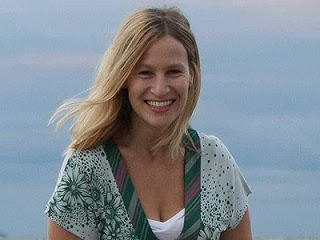 On the Fourth Floor: What is the biggest mistake PR professionals make?

Nathalie Atkinson: It’s the same mistake that freelance writers often make pitching to editors: not being a regular reader of the publication you’re pitching to. A pro is familiar with who does what, the ongoing departments, regular features and bylines. It sounds dead obvious but that’s the only way to have any sense of the publication’s character, tone, types of appealing subjects and angles. And if they aren’t regular readers, we can totally tell.
The flip side of this is relying primarily on Google alert and news clipping services to keep track of client placement. It’s not only lazy, it’s hit and miss. I can’t tell you how many times I’ve covered a book, a designer, a product or an event and yet afterward, the publicist is still pitching it like it never happened! This leads to an awkward (them, because they’re embarrassed) and terse (me, because my ego is bruised) exchange that ends with some excuse about “being out of town” or forgetting to pick up the paper just that one time. You should be reading or at least thoroughly skimming all the relevant publications in your field; that’s your job.
Which leads me to graciousness. You pitched, maybe even stalked and nagged, then followed up for weeks, but you can’t take a minute to acknowledge seeing an article after it’s run with a quick email? Oh wait, that’s right, you didn’t see it because you don’t actually read my publication. Sorry, but gotcha. If you don’t read my newspaper, don’t bother pitching me. (‘Cause like I said: we can tell.) 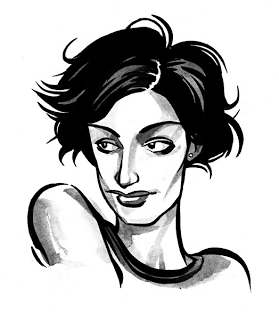 On the Fourth Floor: Your pet peeve?
Noreen Flanagan: Follow-up phone calls with messages: “Just calling to see if you received our email…”. I can appreciate that some emails don’t make it, but for the most part, if an editor doesn’t nibble after receiving your email, it’s because he/she isn’t interested or it isn’t relevant for the book. 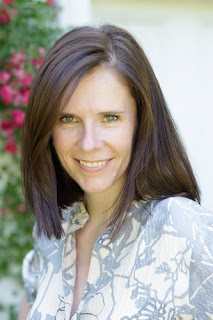 Paul Aguirre-Livingston: 1. Yes, you’ve got to do the grunt work. Nothing annoys me more than receiving two (or four!) of the same press release. From time to time, it’s not a bad idea to go through your media list and update it, ensuring names, addresses and phone numbers are correct – and this includes deleting duplicates. I once got a package addressed to me at the right address, but saying that I was with Elle Canada. I’m sure there’s a bright-faced intern who would gladly go over these details for the chance at agency experience.

2. Know what is magazine-appropriate when it comes to images. If you don’t know what we mean when we say “high resolution, 300 dpi” you’re in trouble. Nothing is worse than getting a cheery “Here’s your image!” email only to find a 55KB attachment. Get real and get in the know. Also: no, shots with your digital camera of cheesy portraits on a couch (although high-resolution) will not work either. Think about the aesthetic and quality of any given magazine or simply ask yourself: “Would I submit this picture to Vogue?”.

3. Professional courtesy. Every new issue, I try my best to send a written note to the rep and a few copies of the magazine, especially if it’s something that took a lot of work or an (unfamiliar) agency I’m trying to build a better relationship with. The least you could do is send an email back acknowledging the package, particularly if I email you to see if you received it. The same goes when getting introductory emails from new editors or writers; it doesn’t hurt to acknowledge the fact that they’re reaching out to you and asking about your clients.

Doesn’t that make your life easier? 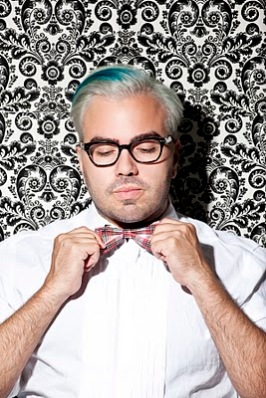 On the Fourth Floor: Any other thoughts you’d like to add?
Suzanne Dimma: Nurturing your relationships goes a long way. Instead of sending those make-believe personal emails, actually get to know your contacts. If I think you understand my best interests and have them in mind, I’ll give your emails, phone calls and packages my attention. For the past few years, a company has been sending me products to consider that don’t fall under House & Home’s interests. I have never received a phone call from them and I’ve never featured any of the products. At the end of each year, the products are donated to charity. 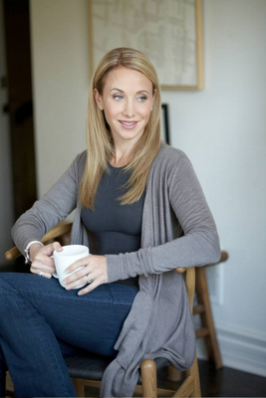 Amy Verner: Don’t be so serious! I totally appreciate professionalism but I can’t express enough how much I hate being referred to as ‘Ms.’ We are fortunate to work in a fun industry. It should come across in correspondences and interactions (but not forcibly so, of course — our phony radar is always on!). 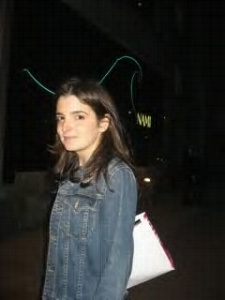 Liam Lacey: I always hope that publicists make buckets of money to compensate for all the painful tongue-biting they have to do. 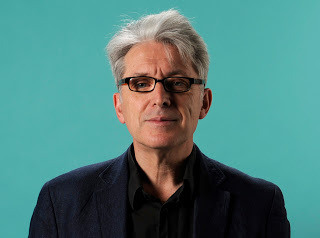 Shortly after graduating from the University of Toronto in 1979, Liam Lacey began covering the arts for The Globe and Mail.  He has written about music, theatre, television and, for 15 years, film. 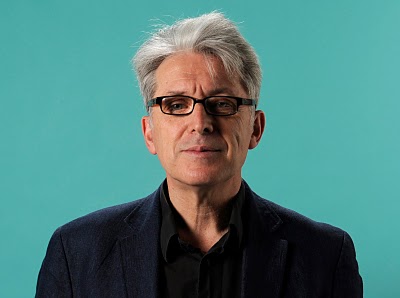 How can someone grab your attention with a pitch?
With great difficulty.

About 95 per cent of what I write about is determined by the film distribution companies’ release schedules. Much of the other five per cent is targeted by ambitious editors trying to impress their managers by copying things they’ve seen in other publications.

That said, the best way for someone to get my attention is by offering an extraordinarily interesting original exclusive story for a national audience that doesn’t require a lot of work on my part. (There – I’ve given away the whole enchilada).

Falling short of that, start with an email, followed two days later by a phone call with, if possible, an explanation why this story is something my publication wants to be a part of.

Though I try to remain objective about the merits of any particular story, I feel slightly more receptive toward a publicist who is aware of my publication’s readership and my role there and isn’t simply carpet-spamming the media on the chance of scoring some newspaper real estate.

What do you find most useful when dealing with public relations professionals?
An editor I once had said the most important factor determining anyone’s future career success is the check mark on his or her grade two report card that says: “Works well with others.”

I doubt there ever actually were such check marks on grade two report cards, but the point is valid: Patience, good humour, knowledge of the subject and good organizational skills are greatly appreciated, even if we never tell you so. If you don’t get the story you want this time, you can still leave a positive impression that will pay dividends later for you and your next client.

What is the biggest mistake PR professionals make?
I think the worst mistake is when publicists take rejection or negative coverage personally. The best publicists, from my perspective, have to be both type-A in their dedication to their work and self-effacing in their professional relationships. Your success depends on making the client and the journalist look good, whatever you privately believe about them.

Your pet peeve (relating to PR)?
The quality of materials is important: Wrong dates and DVDs that don’t play (an incredibly common phenomenon) make life much too stressful.

Also, you should assume that all journalists are amnesiacs: You may have done a great job back in May announcing that one-week run of that must-see film at the Royal, but could you remind us two or three more times closer to the opening? We live in the racket of tomorrow’s deadline.

Any other thoughts you’d like to add?
I always hope that publicists make buckets of money to compensate for all the painful tongue-biting they have to do.