Last Thursday, a few of us put on our wedges and donned a mini for the ELLE Canada’s 10th anniversary party. Dare we say we were bELLE’s of the ball? 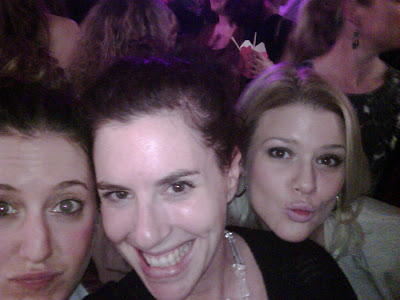 Lara, Debra and Michelle self portrait.

Anne-Marie Mediwake played emcee for the night, keeping guests amused with her quips, albeit tough to hear over the party. She won us, and our chatter over, when she attempted to quiet the crowd by hitting a chopstick against a glass, saying “If it works with triplet toddlers, it should work with this crowd.” 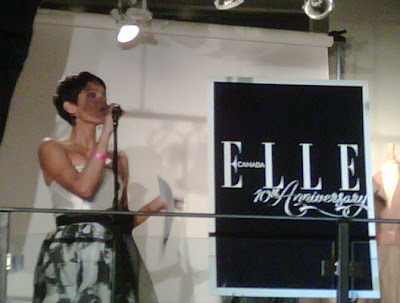 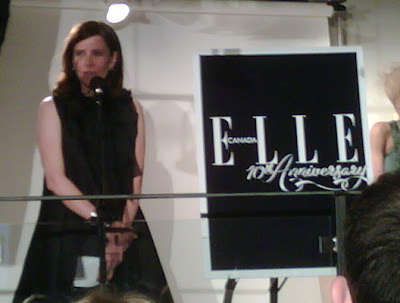 Editor-in-chief Noreen Flanagan addressed the crowd as well, both elegantly and eloquently.
Then it was time to celebrate. Drinks were flowing, the food was delish, and the crowd was bopping. 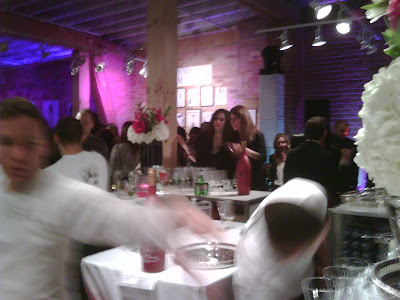 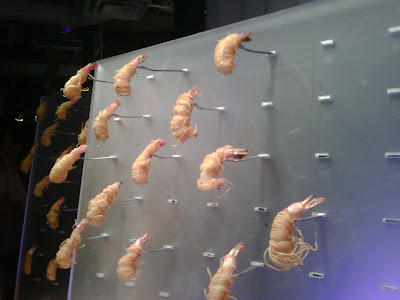 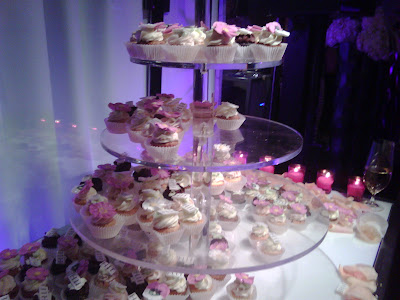 Highlights included a DIY Pandora bracelet stand, watching an artist create a masterpiece, and a live shoot with a model whose photos were being posted on plasma screens as they were taken. 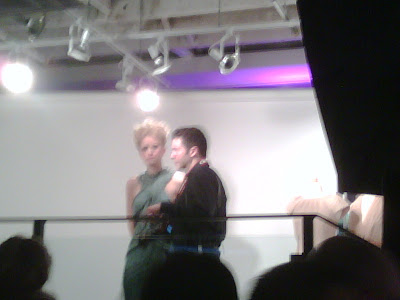 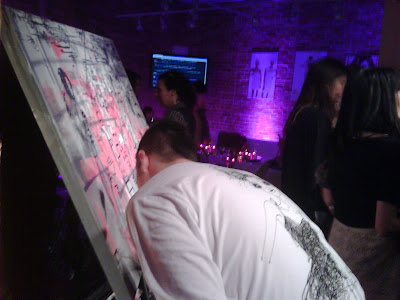 A huge congratulations to the ELLE Canada team for the amazing feat of dishing out a decade of trends, beauty and style. Thanks for having us.