As PR pros we try our very best to prevent spelling mistakes, learn everyone’s name and provide media with the information they need for their stories.

However, we’re not perfect, and we can admit that mistakes do happen. While we cringe when we see them going down and exploding on the Twitterverse, we empathize that everyone has an off day and can make errors.


Today, we’re summarizing some of our worst nightmares that could happen as a PR pro, as inspired by PR Daily. We won’t lie, some have happened in real life, but we work hard every day to ensure that they are avoided.
Pitching plights

Pitching a round up or gift guide story idea for a client to an outlet, only to see it come out the next day – and realizing that you missed your opportunity.

When media go directly to the client about a story, even though you pitched the idea – cutting you out of the equation. Hard work for nothing.

When you pitch a great story and the outlet decides to run with it – just not with your client.

Having to send out 50 personalized emails, but forgetting to take out the FWD in the subject line to a couple of writers. 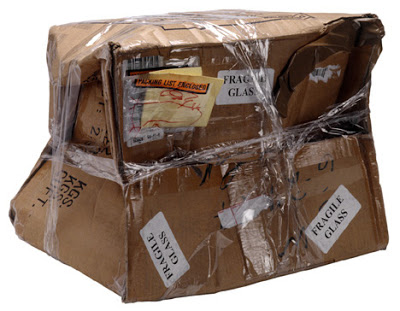 Image source.
Sending samples on the wrong courier/UPS choice, meaning it gets there too slowly and misses the media’s deadline. Awkward.

Having FedEx lose your packages, only to have them show up weeks later, destroyed.

Image source.
Accidentally tweeting something a little harsh from the company Twitter instead of a personal account. Then rushing to delete it before it’s retweeted.


Tweeting a misspelt client handle (not necessarily a nightmare, but still annoying).

Almost falling…or actually falling at fashion week in front of the media lounge.

Wearing a walkie-talkie and making a weird face every time someone talks in our ear, looking to the outside world like we’re confused, crazy, constipated or all of the above.
Release woes


Sending out a release with track changes. Ack.

Realizing you forgot to get a reviewer to sign an embargo letter, after they’d already started screening or reviewing.

Sending out an Oshawa media alert to an Ottawa media list (with the media list attached). Don’t ask how that happened.

Addressing an email to the wrong outlet (an editor at FLARE instead of FASHION, for example).
Calling media member by the wrong name. (Example: Derick is not Shinan. Nor is Jian) We’ve seen it happen more often than you think. When a media member forgets ours, we shrug it off. And if we forget? Social media suicide.

Planning an event or party for weeks, then day of, pouring rain, blizzard or three other, bigger parties have suddenly been scheduled for the same night. #EventFail


Being quoted as a media spokesperson when we weren’t expecting to be quoted or worst, being interviewed on live radio without realizing until it’s too late. This has happened!

And the rest…
Waking up every hour on the hour in a panic, because you think you’ve overslept for an early morning show segment.


Sending something to print thousands of copies, with a glaring typo. After client approval.

Having to send through bad coverage is never a good thing.