You may have noticed that we really like movies, and often post about great ones that we’ve seen. We like them so much that we asked Paul Aguirre-Livingston to lend us his writing skills and become our resident film writer (and one of the token males on the fourth floor!). Luckily for us, he said yes. Here’s his first review – look for more to come!
You can’t glance at a newsstand without seeing big-eyed blonde Amanda Seyfried on the cover of, like, every magazine this month. Of course, she’s promoting her new romp Red Riding Hood (yes, based on the fairytale). I’m a Seyfried fan, post-lesbian thriller Chloe. I actually believed she would, and could, choose avant-garde roles laced with irony and mature themes. But, alas, a film is only as good as its director. Hood’s director? Catherine Hardwicke. 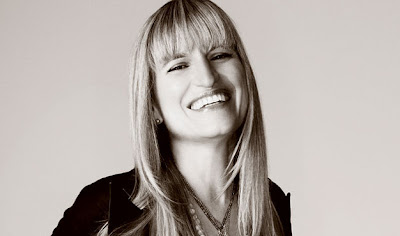 Catherine Hardwicke. Image source.
But first, a quick abridgment: Valerie (played by Seyfried) lives in a medieval village on the outskirts of a mountain that’s been terrorized for generations by a big, bad wolf. Just when she plans to run away with a boy, her sister is found mauled by said wolf, setting into motion a series of events that change the village – and Valerie – forever. You know the rest of the story.
The film, to its credit, draws its plot from a variety of retellings, from the classic French folk tale to a Brothers Grimm adaptation. The only real differences you’ll find are the additions of sexual teen frustration and human villainy. But aren’t those at the root of all fairy tales anyway? 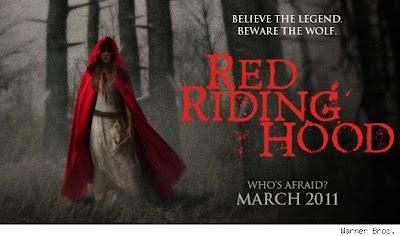 The film is absolutely drenched in Hardwicke, (think Thirteen, the first Twilight movie). Shot in Vancouver, like Twilight, the opening credits take you right back to Forks, Washington. Hardwicke also does what she does best: introducing audiences to undiscovered, swoon-worthy male leads after Seyfried’s heart (in this one, it’s Shiloh Fernandez and Max Irons).
Visually, the film is stellar: Tim Burton-esque cinematography, panoramic views, chilling imagery, Seyfried’s eyes, that beautiful red cape constructed from raw Indian silk and hand-stitched by 14 women in a sewing circle (and so on trend this season). 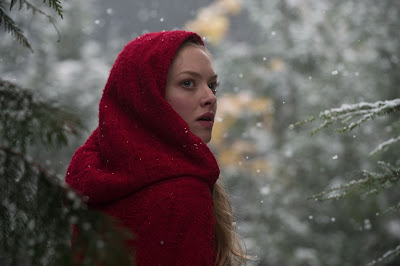 I only wish Hardwicke would have really gone for it. Instead, she gives you one big tease. There’s not a sex scene to be seen (so feel free to bring the under-tween set). There is, however, plenty of gore and displays of masculinity, so the boys don’t yawn and the girls get all hot for heroes. The whole thing is supposed to be an Freudian-calibre allegory of a woman’s sexual awakening, set to danger and fear and teenage lust; “a sensual experience” Hardwicke called it in the Q-and-A.
So, naturally, there are moments when you want it to be darker, when you think, “C’mon, Catherine, go for it,” but then she just cuts away to the mountains. Seyfried is never confident enough to own her power as the village beauty and the wolf’s desire, but not quite naïve enough to make you feel like she doesn’t know what she’s doing. The male leads just reek of fumbling teenager with a bra. (Not likeTwilight‘s Edward.) So, like the wolf, you’re left hungry and frustrated. 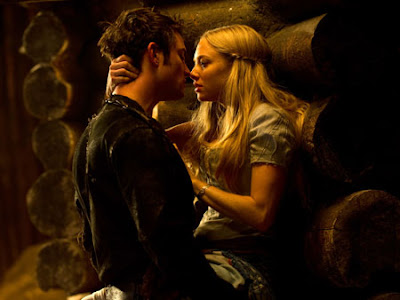 Don’t get me wrong, there really is a lot to like about the film: Its star, its producer (Leonardo DiCaprio – I know, right?), its concept. The best part is that it’s one big game of Clue: Who did it in the barn with teeth? The guessing game, combined with Hardwicke’s fondness of sweeping views and handheld camera work, also make for a tolerable pace to the film, so when it clocks in at 105 minutes, you were able to refrain from yelling out, “Eat her already!”
So, yes, I will give Hardwicke her kudos for keeping me intrigued, turned on and wanting a red cape all at once.

Opens today at theatres across Toronto.