Annaliese Levy is the talent producer for George Stroumboulopoulos Tonight, which means she gets to regularly rub elbows with amazing guests like K’naan, Stephen Lewis, Zach Galifianakis and many more. Before this, she worked as a talent assistant in Los Angeles and London, U.K.. She moved back home to Toronto this past summer, and promptly landed her gig with CBC. 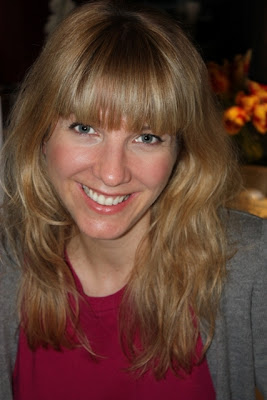 What was your favourite class in high school? Why?
Media with Mrs. Gordon. It gave me my first real taste of the entertainment business.
How did you get your start as a producer?
I was lucky enough to get a job straight out of university as a production assistant. From there, I convinced someone to hire me as an assistant on a feature film, which lead to me being offered a job in Los Angeles working for an A-list actor. The next 10 years were a bit of a whirlwind. When I moved home to Toronto last summer, I was fortunate enough to have been offered a great job that seemed to be the most natural progression for me – talent producer.
If you weren’t a Media, Darling, what would you be doing right now?
I’d be unemployed.
Pitching or follow up: Phone or email?
Definitely email.
I always get back to people, but when you’re crazy busy, it’s nice to be able to take the time and research who is being pitched to you.
We know irrelevant pitches, calling you the wrong name and eight follow-ups are no-no’s; what else should publicists avoid doing?
I have to pitch ideas to publicists as well, and not having emails responded to drives me crazy. Just being told one way or the other is a courtesy that makes all the difference in the world.
Sunrise or sunset?
Sunset, I’m never awake at sunrise.
Scent?
Wild Fig & Cassis by Jo Malone.
Cookie?
Good old President’s Choice chocolate chip.
Flower?
Tulips.
Shower or bath?
Shower.
Film?
Amongst colleagues…The Godfather.
Amongst friends….Dirty Dancing.
Crush?
Jamie Oliver. Who doesn’t love a Brit who can cook!
First job?
Selling socks.
Inspiration?
My family. They have always believed in me and that inspires me to always aim higher.